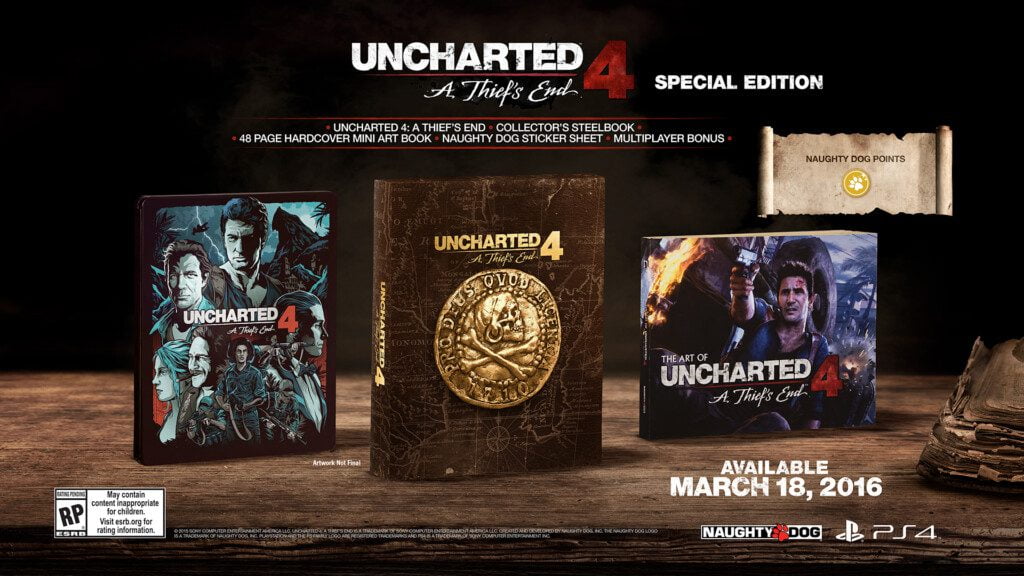 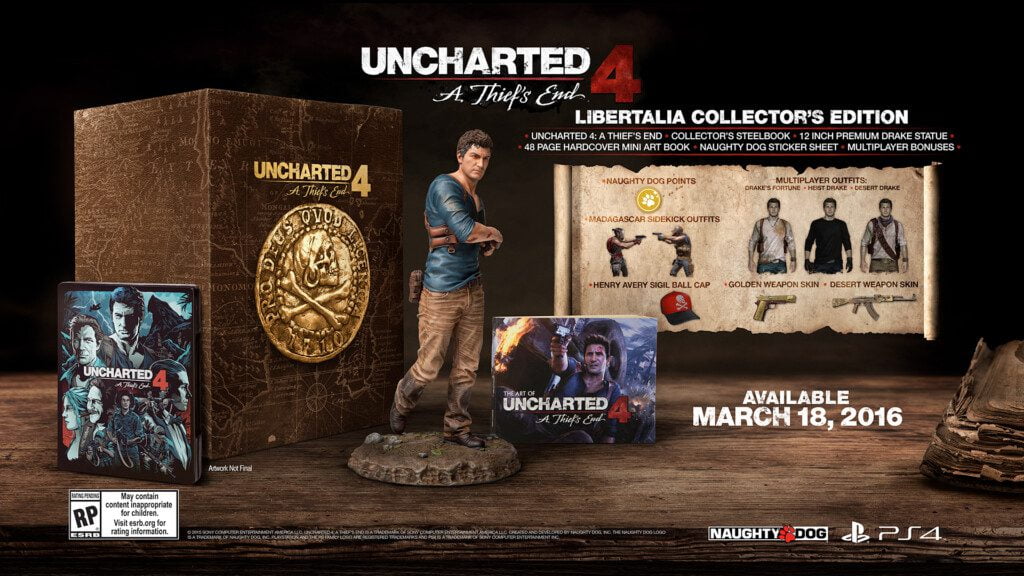 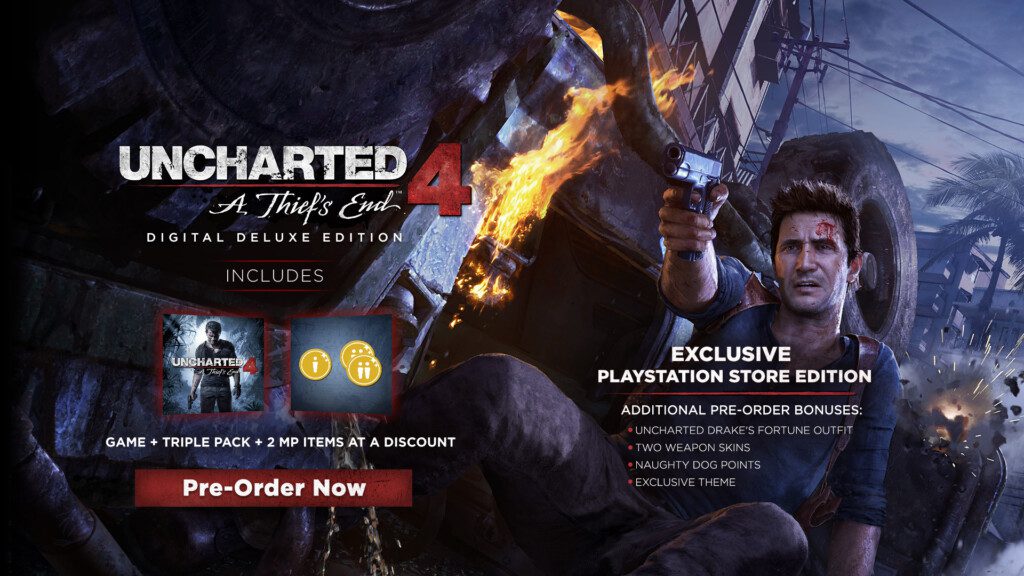 The Uncharted 4: A Thief’s End Special Edition (SRP $79.99 USD) comes complete with a collectible steel book case designed by Alexander “That Kid Who Draws” Iaccarino, a 48-page hardcover art book by Dark Horse and Naughty Dog, a Naughty Dog & Pirate Sigil sticker sheet, and a number of points to redeem in-game for multiplayer and character upgrades.

Meanwhile, the Libertalia Collector’s Edition includes all of the above, plus a 12″ collectible Nathan Drake figurine and a number of multiplayer outfits and custom weapon skins.

For those who prefer to purchase their games digitally, the Digital Deluxe version bundles in the Uncharted 4 Triple Pack, which includes future access to the series’ first ever single-player DLC and two multiplayer packs, as well as the instant unlock of two multiplayer customisation items.

Additionally, all users who pre-order the game, either digitally or physically, will receive the Uncharted: Drake’s Fortune outfit multiplayer customization, the Golden Weapon customization, and a pack of Naughty Dog Points.

In closing, Bull said: “Phew! We know that’s a lot to review, but I’m glad we can finally spill the beans on Naughty Dog’s biggest game yet. Who’s excited for March 18?”

The Power Up Gaming team, for starters.

Back to Top
This website uses cookies to improve your user experience. By using the site, you agree to our use of cookies. Learn more. Got it